How to get the Golden Visa Spain for Philippines

The Spanish residency-by-investment program or the Spain Golden Visa offers and grants the right to legally reside, work, and live in Spain in exchange for an investment in a property (or properties) for a minimum of €500,000. Due to its history and affinity with Spain as a former colony, the Spain Golden Visa is very popular with the Philippines.

As an investment with value-added benefits, it sets one up for a better-planned future and comes in handy should the unexpected occur. Particularly for those with family and loved ones, it is a potential source of additional recurring income. In the following article, we are going to tell you all you need to know about how to migrate to Spain from Philippines and about Spain Golden Visa

How to migrate to Spain from Philippines?

The Spain Golden Visa program is gaining popularity every year. Spain broke the record number of visas in 2018 for the fifth consecutive year. The Spain Golden Visa program was enacted within the framework of the Law to support entrepreneurs and their internationalization. To promote and incentivize foreign investment in Spain, Law 14/2013 was enacted, aimed to support entrepreneurs wanting to relocate to Spain.

The law also establishes the different immigration benefits that a Filipino citizen can obtain by making a significant capital investment in Spain. It is thought to be for investors, entrepreneurs, highly qualified personnel, R&D&I training, and intra-enterprise transfer. According to Spanish nationality law, the residence permit may lead to a permanent residency permit. A permanent resident card for 10 years then leads to Spanish passport citizenship. That also grants one citizenship within the European Union. Filipinos and citizens of other former Spanish colonies may be eligible to obtain a Spanish passport as early as two years after receiving the first residency visa.

If you are from the Philippines, the most practical way to obtain the Spain Golden Visa is to make an investment of €500,000 (Philippine Peso 28.5M PHP) in real estate in Spain.

What are the Spain Visa requirements for filipino citizens?

To be eligible for the Spain Golden Visa, the applicant must: 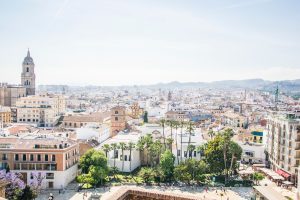 Alternatively, one may invest a minimum of €1M (57M PHP) in shares in a Spanish company or bank deposits.

The Spain Golden Visa offers a lot of benefits. Equivalent to Residence Permits, the primary applicant and their whole family (spouse, children under the age of 18, older dependent children legally or economically dependent on parents, dependent ancestors) are permitted to live in Spain. As residents of Spain, you and your family members can leverage Spain’s premier health and education system. The Spain Visa for Filipino will give your children the opportunity to learn in a school that leads the world rankings. Spain has been updating its educational system through new and innovative teaching methodologies to offer the best quality education to its Spanish and foreign students. 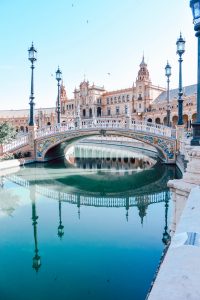 They will also be entitled to enjoy the privileges of traveling freely within the Schengen zone without customs checks and to all Schengen zone countries visa-free for up to 90 days in 180 days.

Additionally, one does not need to live in Spain to renew the Golden Visa Spain. Should one choose to live in Spain, one become eligible for permanent residence after five years.

The Spain Golden Visa is also a pathway to Spanish citizenship. Typically, you can apply for citizenship after ten years of residence. However, this timeline is shortened to two years for citizens of former Spanish colonies.

It is a sound and wise decision to apply for the Golden Visa Spain once you have invested the required amount. You have to be committed to investing, although it does not necessarily need to be finalized. The earliest you are permitted to apply is three months in advance of your intended trip to Spain. You can apply for Spain Visa for Filipino from your country of residence, by submitting your application at the Spanish embassy or consulate. You can also file a visa application for a Golden Visa directly in Spain if you are here with another valid visa.

Lastly, as an investment decision, each client should carefully undertake due diligence on both the planned investment and the service provider they choose to work with. It is also wise to seek a professional opinion on the potential tax exposure in both their current country of residency and in Spain. If you have any doubt, do not hesitate to ask. We will be happy to help you throughout the process